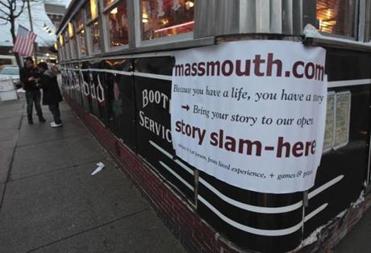 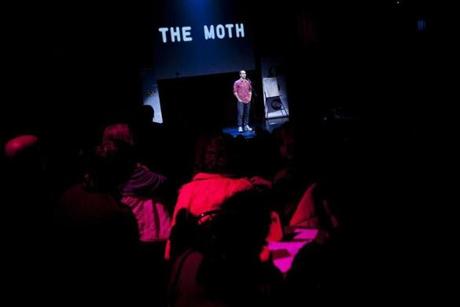 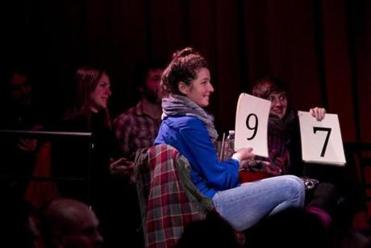 http://LANES.org annual storytelling conference is "Sharing the Fire" http://www.lanes.org/sharing-the-fire-2013 held this year in Portland, ME.

Andrea Lovett, Doria Hughes and Stu Mendleson were all co-founders with Norah Dooley of the Greater Boston story slams and Andrea Lovett also was a main force in the founding of what is now massmouth,inc..

Andrea Lovett started a .ning (neither Norah Dooley, nor a MySpace) that soon became massmouth.com thanks to help from Elsa Zuniga of prolisten.com.

This is a great article but say!  No mention of that dynamic and dashing host from 12/1?  :D