The auditorium buzzed as the students…
Continue

So Many Things Have Disappeared

and only storytelling can recover them.

The Thing About Baby Showers Is...

It was a sealed white envelope and even holding it to the light I couldn’t make out what was written on the card inside.  “Now this is good quality paper,” I thought to myself. Although the front of the card was made out to La Familia Rivera and I am one of the members of the Rivera clan, I knew very well that either my mother or father should be the person to open it since it was sent to their home. But considering that it was addressed to the “family”, I opened it.  As I was…

Standing Tall in a Pail Full of Crabs

Back in late January, a family friend and fellow Latino decided to run in a special election — an off-cycle election to fill a sudden vacant position in political office. Those who have experience working in the political realm know that this meant that a laundry list of things needed to be completed in a very short amount of time. He had to put together a trustworthy and hardworking campaign team, strategize a campaign plan, devise fundraising efforts, prepare for debates, develop a…

When I was 13, my grandmothers (“Abuelita” on Mami’s side and “Mamá” on Papi’s side) decided to tell me how my life would play out in 7 steps.  Now these are two women who grew up in the mountains of rural Puerto Rico where life just seemed as simple as the milk you put in coffee to make, Café con Leche. Ready, here it goes: first and foremost,

1) Make sure you go to college;

Calm, Cool and Collected: Maintaining Composure Amidst a Terrain of Racial Attacks

Its been over 50 years since the Civil Rights Movement began its journey towards achieving equality for blacks, and the same amount of time has passed since Luis Muñoz Marín signed the Estado Libre Asociado declaring Puerto Rico a Commonwealth of the United States. Two overlooked, yet major milestones among many others, which have impacted the U.S. in more ways than one, can imagine. The U.S. is the land of the free and the home of the brave, and where dreams are not a…

Your Story is "Gift" Enough

massmouth packed the big back room of Doyle's Cafe in JP on Sunday, December 11, 2011, for the “Gifts” Story Slam. Robin Maxfield took the mic and introduced our special guest, Michele Carlo, a storyteller who has performed… 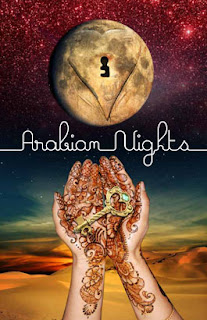 “Once upon a time there lived a woman with a gift for stories named Shahrazad...”

We all know the frame of the story of…

Before the workshop 1,001 Life Saving Stories began, we sat and talked. I turned to one of the participants and asked him if he had been to any of the Story Slams.

"I have been to some of them," he said. "There was one slam at Doyle's Cafe in JP. This young man took the stage. You know, stage fright is a funny thing. He…

what's in a name?

I sometimes wish I could come up with a nifty alter-ego name. Some would say I have, in that I have a scene name in the kink world, and an online handle I'm known by on most of the interwebs. From behind my eyes, though, I'm just me everywhere I go, more or less. My names mean a lot to me, more than others' might to them, I suppose.