What's Your #FavoriteSong From John Lennon? 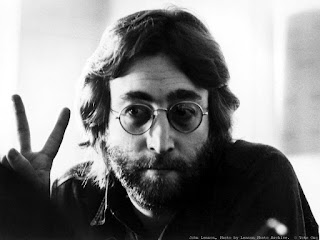 John Lennon was an English singer, songwriter, musician and peace activist who achieved worldwide fame as the founder, co-lead vocalist, and rhythm guitarist of the Beatles. His songwriting partnership with Paul McCartney remains the most successful in history.

As a performer, writer or co-writer, Lennon had 25 number one singles in the Billboard Hot 100 chart. Double Fantasy, his best-selling album, won the 1981 Grammy Award for Album of the Year. In 1982, Lennon was honored with the Brit Award for Outstanding Contribution to Music.

Now the Wrap-Up Magazine would like to know your favorite song from John Lennon. What song inspired you the most from him? Leave your comments below!

Rock 'n' Roll is the sixth studio album by John Lennon. Released in 1975, it is an album of late 1950s and early 1960s songs as covered by Lennon. Recording the album was problematic and spanned an entire year: Phil Spector produced sessions in October 1973 at A&M Studios, and Lennon produced sessions in October 1974 at the Record Plant (East). Lennon was being sued by Morris Levy over copyright infringement of one line in his song "Come Together". As part of an agreement, Lennon had to include three Levy-owned songs on Rock 'n' Roll. Spector disappeared with the session recordings and was subsequently involved in a motor accident, leaving the album's tracks unrecoverable until the beginning of the Walls and Bridges sessions. With Walls and Bridges coming out first, featuring one Levy-owned song, Levy sued Lennon expecting to see Lennon's Rock 'n' Roll album.

The album was released in February 1975, reaching number 6 in both the United Kingdom and the United States, later being certified gold in both countries. It was supported by the single "Stand by Me", which peaked at number 20 in the US, and 30 in the UK.